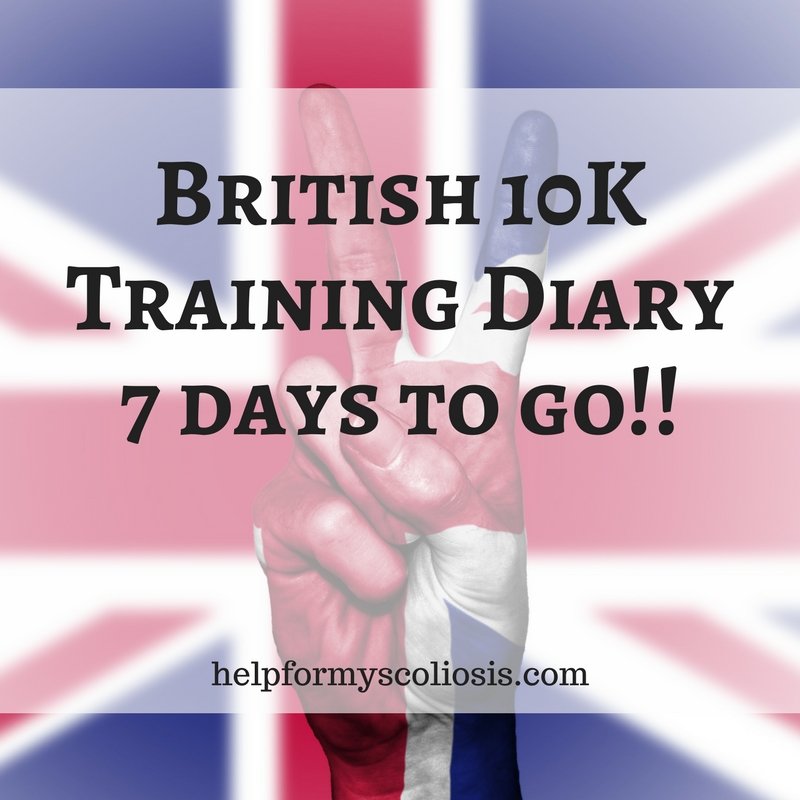 This time next week I will have completed the Virgin Sport British 10K in London. Back in January, I set myself the challenge of completing this iconic 10K for the Scoliosis Campaign Fund. I could barely run 5K in January but wanted a fitness challenge for the new year, as well as giving something back to the Scoliosis Campaign Fund / Scoliosis Association. This week, my bib arrived which means it must really be happening!

I was lucky enough to be given a charity place by the Scoliosis Campaign Fund earlier this year. After I got the place, I focused all my efforts on training for this event and have been doing so over the past 6 months.

Over these past 6 months, I have achieved quite a lot with my running. I have completed many 5K Park Runs and improved my 5K time gradually from 33 minutes to under 28 minutes. I have also completed 3 10K races and have gone from completing this distance in 1hr 19 minutes (which I did 2 years ago) to well under an hour!

I am really proud of hour far I have come. It just proves what you can achieve through hard work, dedication and training.

With just 1 week to go until the British 10K, I thought I’d share my training diary on my blog for the past week.

If any of my amazing and lovely readers would like to sponsor me, I have a sponsorship page here. 🙂 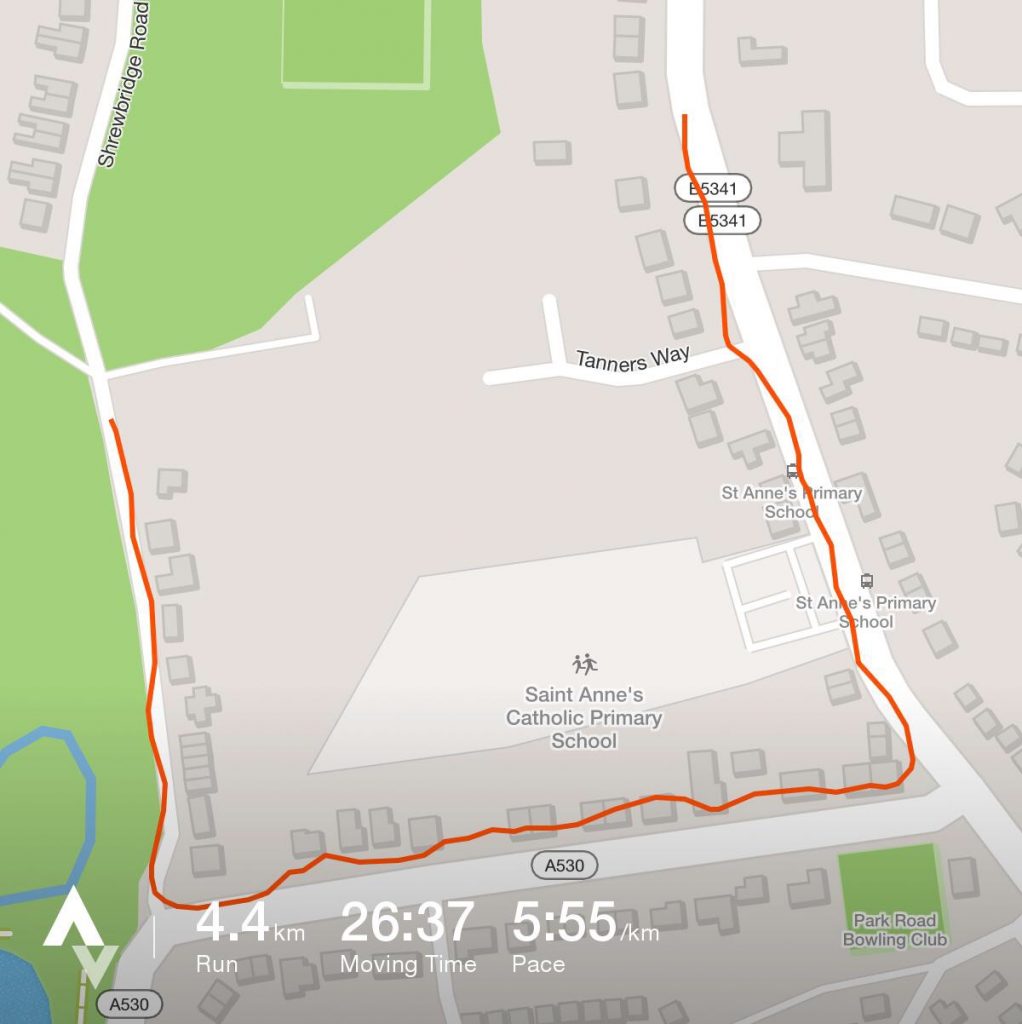 After the Colshaw Hall 10K on the Sunday 25th, I was a bit sore and my back was feeling it a bit. So I thought it would be best to have Monday as a rest day. On Tuesday, I headed out after work to do a short 4.4km run, which took me 26 minutes 37 seconds. I wasn’t trying to be fast, it was more of a recovery run although I did struggle a bit to be honest. I probably could have used a few more rest days after the 10K race on the Sunday! 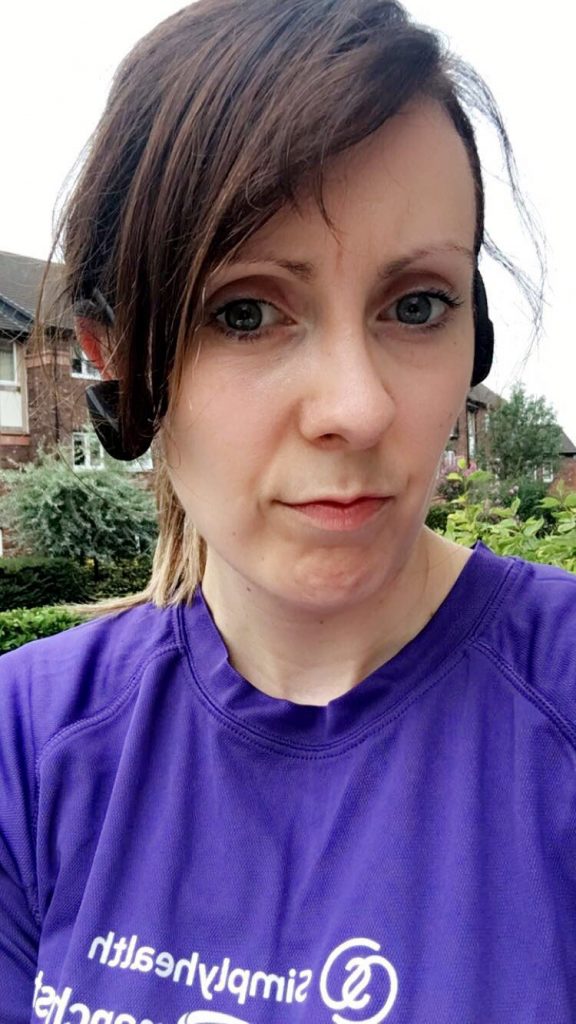 All I can say about this class is oh my god! I decided to mix up the running a bit this week to give my back a bit of a break. So I went to a class at my gym called Body Attack. Well, the name sums up the class to be honest… It’s a high impact, high energy fitness class with lots of running, jumping, squats, lunges, core work etc for ONE HOUR straight.

It was pretty difficult but the music and the instructor made it fun. It’s a great way to get cardio in without running though and the strength building parts are a good complement to running.

Tonight I went to Body Pump at my gym after work. I had an hour to kill before the class so decided to do some interval work on the treadmill as an attempt to try and increase my running speed. I did struggle a bit tonight as I had major DOMS (delayed onset muscle soreness) after the Body Attack class, especially in my calves. But I did some stretches and carried on!

I wasn’t too sure what I was doing with the intervals as I’m not used to doing them, but basically I tried doing 1 minute fast (slightly faster than my usual running pace) and then 1 minute walking and repeated this about 6/7 times. This was really hard and I felt more knackered doing this than just running for 20-30 minutes at the same pace!

I think intervals are best done with a heart rate monitor as you can monitor your heart rate and how far to push yourself. I aimed to get my heart rate up to 85% on the fast intervals and bring it down to around 70% in the slow intervals. I’m lucky because I have a heart rate monitor (I use a MyZone MZ3), which is linked to my phone and screens at the gym which helps me when it comes to getting this right.

I think I’m going to start mixing intervals into my usual weekly running and see how I get on. I’ve read that intervals are the best way to increase speed and it is good to mix up the training to keep it interesting. 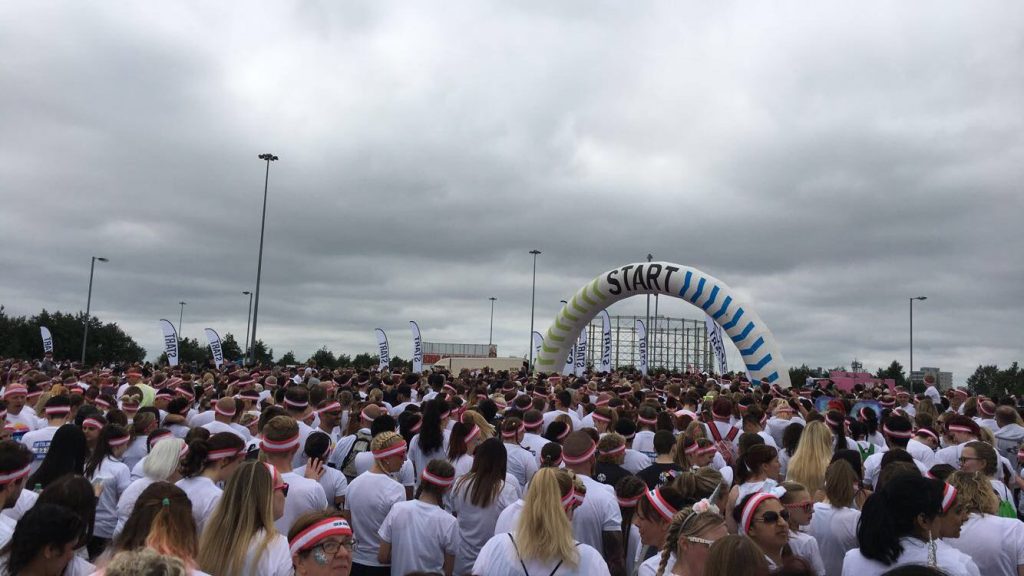 So today I did the Color Run in Manchester – the happiest 5k on the planet! I wanted to do this because a couple of years ago I did Run or Dye and absolutely loved it. It’s more of a fun run though and is not timed, so it’s not really an event to be chasing a PB! 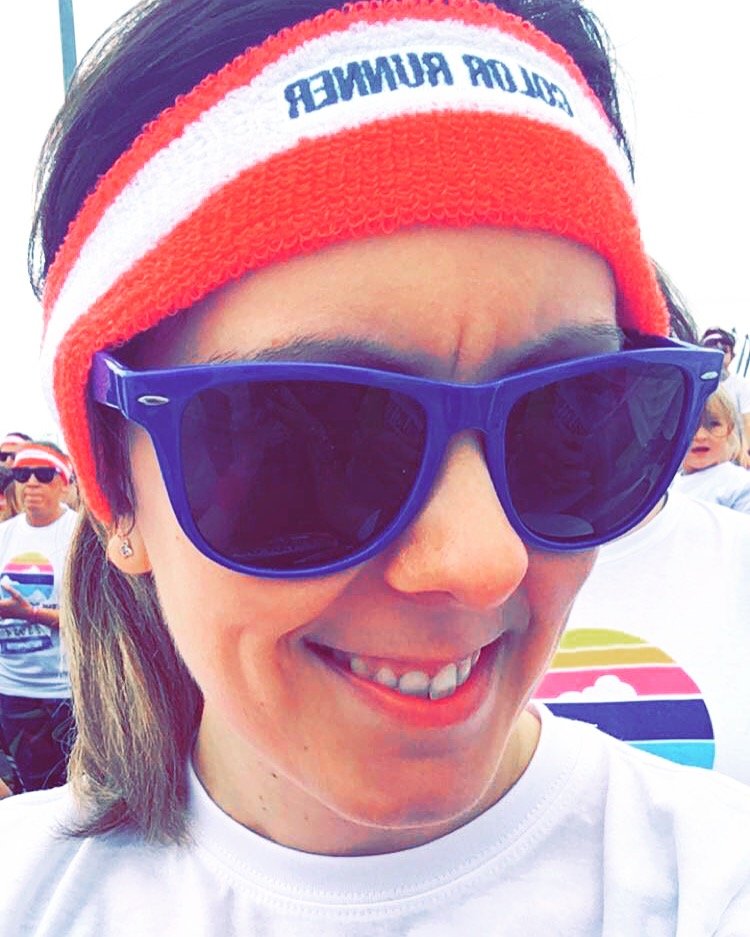 Most people were walking and it was difficult to run around people which was slightly frustrating at times. I think to avoid this they should have set people off in waves e.g. runners, joggers, walkers like they do at Race for Life events…but hey ho!

Overall it was a fun event and somehow, despite all the people walking and having to stop several times, I managed to get a 5K PB and completed it in 26.58!

Although according to Strava, it wasn’t quite 5km, it was 4.6km… hmmm. 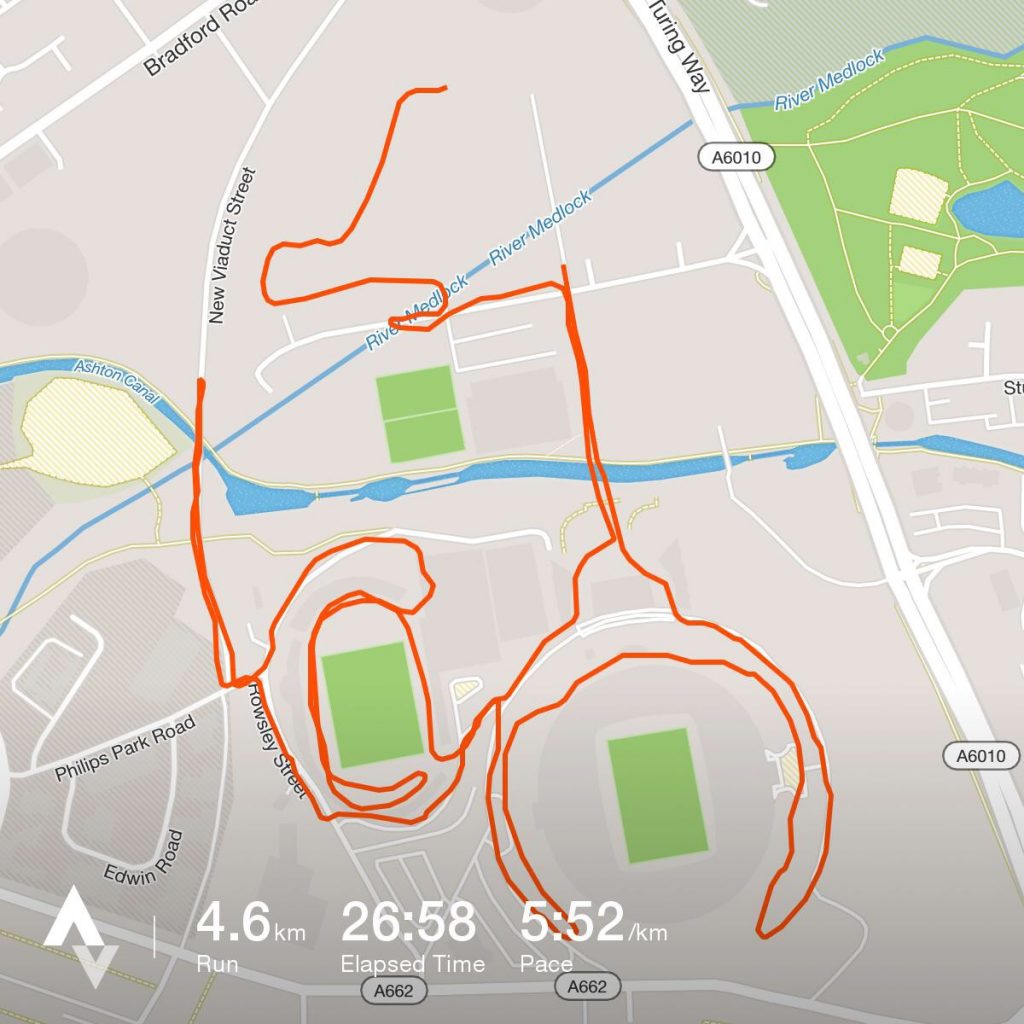 I was going to leave the running until Tuesday, but with the weather being so nice I decided to head out for a run this evening. I didn’t have any distance in mind, I just thought I’d go with the flow and see how far I could go. Luckily I didn’t feel too bad and I kept the pace slow-ish so I didn’t injure myself. Due to this I managed to do 10.4km which I was pretty pleased with. This will probably be my last long run now until the big day next weekend. I might sneak in a couple of short runs next week depending on how I feel. 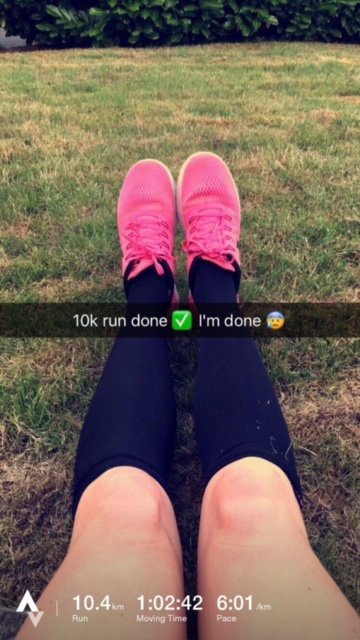 If you’d like to sponsor me for The British 10K and help me to raise money for those affected by scoliosis, I have set up a Virgin Money Giving page below:

Through Virgin Money Giving, donations will be quickly processed and passed to the Scoliosis Campaign Fund.

Virgin Money Giving is a not for profit organisation and will claim gift aid on a charity’s behalf where the donor is eligible for this.

I really appreciate all your support and thank you in advance for any donations.