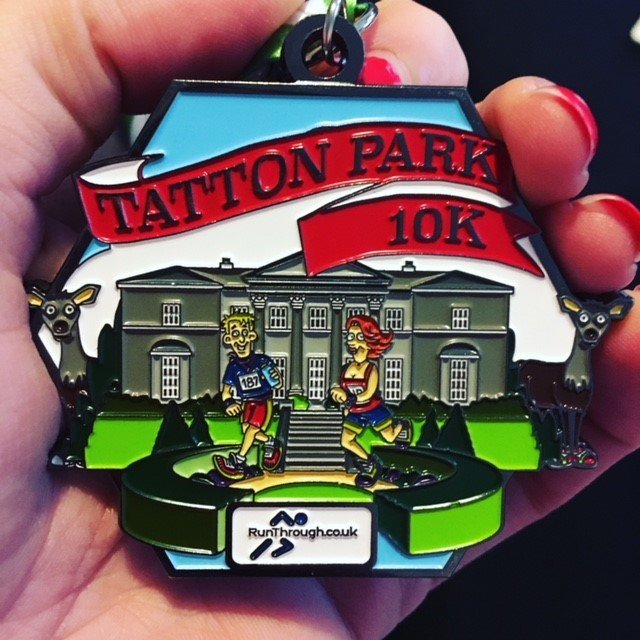 So this year I have set myself the challenge of completing at least 10 10K races (and a half marathon… eeek!).

I feel like I really need a new challenge after The Great Wall of China and this is kind of part of that. I’m also planning some other big events later this year because I love to keep pushing myself (watch this space!)

So a couple of weeks ago (Sunday, 14th January) I completed my first 10K of the year at Tatton Park in Cheshire.

It was a good way to start the year and kick start my running again. I had a few months off from running after China as I injured my shoulder. To get back into it again, I took part in a virtual running event called Run up to Christmas in December, where I committed to run 50km between 1st – 25 December.

I also started up Park Run again later in December and even went on Christmas Day!

In all honesty, I was a bit nervous about doing this 10k so soon after Christmas. Despite the running I had done in December, I hadn’t done a 10k race since July last year.

I also hadn’t been doing more than 5k-6k in my recent runs and so wasn’t sure how I’d cope with the 10k distance. To be honest, I was planning on running this 10k at a comfortable pace and using it as more of a training run for my half marathon training.

On the day, it was an early start for a Sunday with the race starting at 9am. We arrived at about 8.20am and had time to collect our bibs and visit the toilet before the start. Tatton Park is a lovely setting with a beautiful lake and we even spotted some deer on the way round!

Overall, I found it pretty tough. It was mostly a flat course too but had a couple of sneaky, gradual, evil hills!! I was surprised at myself as I managed to maintain my Park Run pace (and in some instances go a bit quicker) for the whole 10K, when usually after Park Run I feel like there’s no way I could carry on!

It’s amazing how much more you can push yourself in a race environment. I find I always run quicker during races than I do if I’m just running by myself.

In the end I managed to complete the race in 57mins 56 seconds! This is amazing for me and pretty close to my best ever 10k time. I was really proud of myself especially as I didn’t do any specific training. 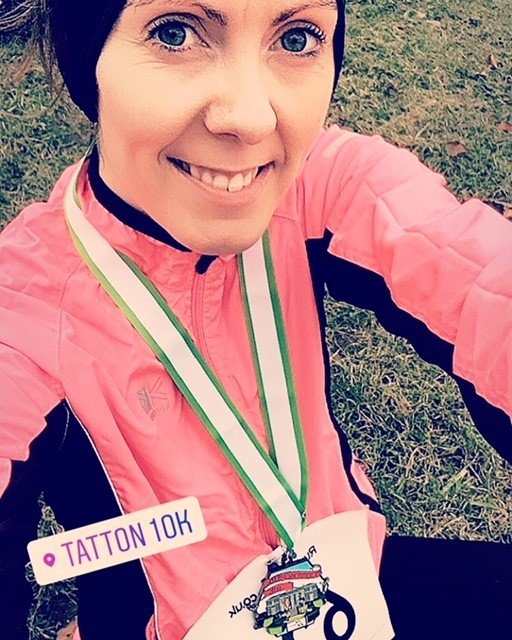 So, what’s next? I really want to improve my running further. I have signed up to a few more 10K races and a half marathon and so will need to focus on training for this over the coming months. I have also joined a running club and been a few times – I’m enjoying it so far as it’s so nice to run with others and meet like minded people.

I’m planning on documenting my half marathon training on here, so if anyone has any tips – let me know in the comments below. I’m pretty nervous about it!!