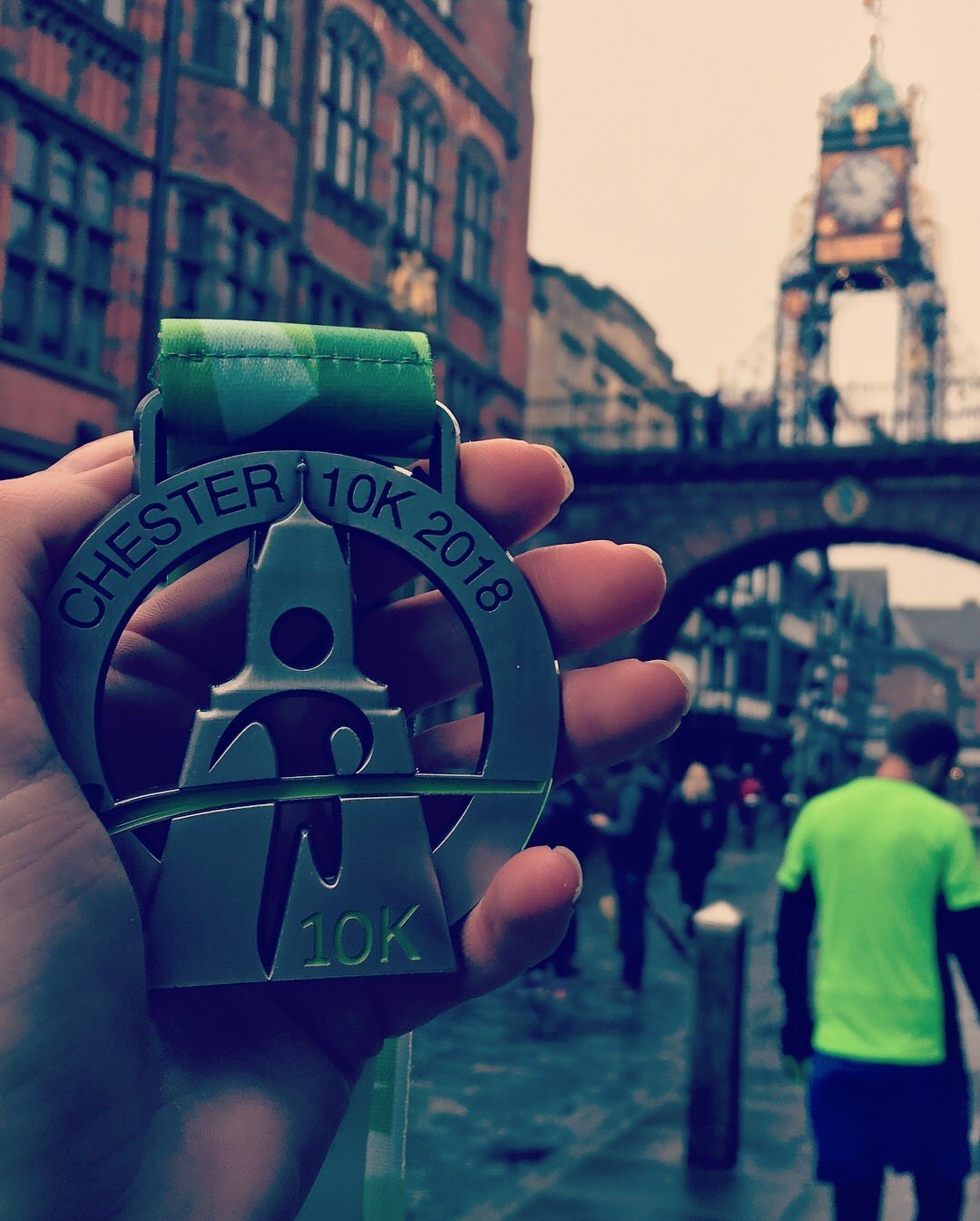 So, this year I have set my sights on completing at least 10 10K races/running events as part of my 2018 goals and Chester 10K was race number four. So far the others include Tatton Park 10K  (which I’ve done twice this year) and a night trail run at Lyme Park.

I was nervous but excited to take part in the Chester 10k, mainly because it was quite a big event and it’s also the first one they’ve held in Chester.

Chester 10K: Before the race

The race started at 9.30am and the weather was actually terrible. It was so, so cold with a biting wind and torrential rain/sleet. I did think about pulling out at one point but I’m the type of person that, once I’ve committed to something, I’ll stick to it. So I wasn’t going to let a bit of rain put me off!

The starting point was at Northgate Arena in the centre of Chester. I arrived with plenty of time to spare, warm up, go to the loo, take a selfie (obviously) and head to the start line for 9.30am. When I arrived I was shocked at how many people were there and the nerves hit me again! Luckily we were able to wait inside before the race because it was pretty cold!

I didn’t have a particular time in mind for this race. I’ve (unfortunately? stupidly?) signed up to a half marathon in May and so I thought I’d just use this race as part of my training and take it easy. I didn’t know what to expect in terms of course difficulty and hills etc so thought I’d just go with the flow. 🙂

Overall though, despite tough conditions, I really enjoyed the race. There were a few, short, sharp hills but it was mostly flat with some amazing downhill parts (they are always the best!) It started at Northgate Arena and we then ran out of the city down some country lanes and it finished back in the city centre near the town hall.

I seriously did not set out to run quicker than normal but I was surprised to see my pace was much quicker than usual as I checked my watch throughout.

I found it (relatively!) easy to keep a quicker pace and I do think it’s because I have done Tatton 10K twice this year now in horrific weather and for me this is a much harder course with longer, gradual inclines.

Chester 10k also had the amazing crowd support, which always keeps you going when you want to stop!

The final mile did feel tough though and I was so glad when I saw the finish line. I was soaked through from the freezing rain and my hands were so numb even though I was wearing gloves. As I approached the finish, I gave it everything I could, sprinting over the line even though I felt sick.

I was so shocked that I managed to get a final time of 55.44!!! This is my quickest EVER 10k time, the fastest before this that I’d done was around 57-58 minutes. I really did surprise myself and it just goes to show what you can do if you work hard enough.

I didn’t set out for a PB but I’ve been training hard over the last few months in my new running club, despite the horrible weather. Over the last few months I’ve forced myself out in the dark, rain, snow and wind to do interval training and took part in several 10K races which all help to improve speed and stamina. Sometimes though, I find when I don’t put too much pressure on myself to get a “good time” and just go with the flow and enjoy the run I end up performing better. I really enjoyed taking part and the medal and finishers pack were awesome too! 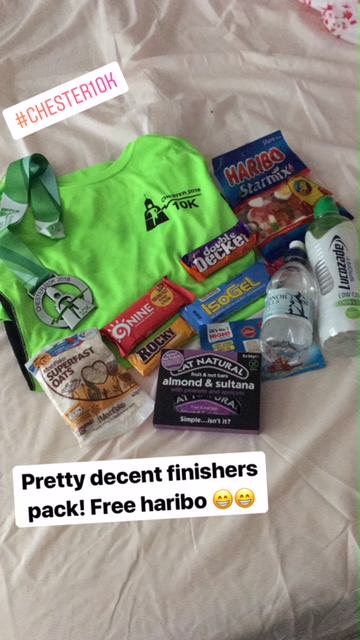 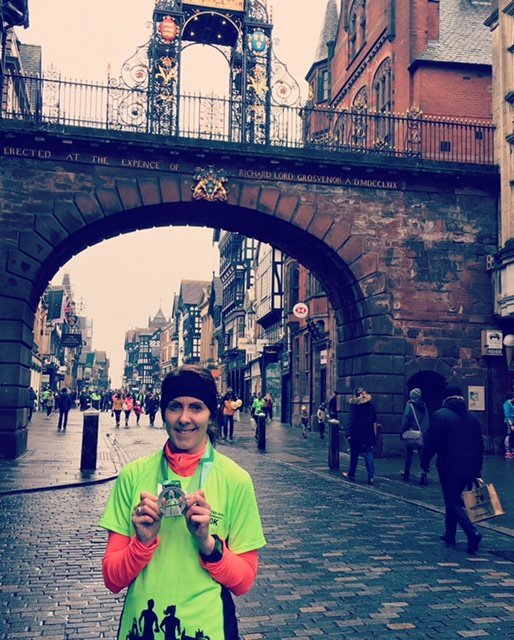 I now need to step up the distance for my half marathon at the end of May. I’ll be sharing some posts on my training soon but this will involve longer runs and also strength training.

When I ran my first 10K race a few years ago I completed it in 1hr 17 minutes. I’m incredibly proud of what I’ve managed to achieve in the last few months with my running and in the years following scoliosis surgery. I never, ever thought I would get this far with my running/fitness and I’m so excited to see how much further I can go. 😀

I wanted to share my results from the Chester 10K to show that anything is possible if you work hard enough.

Never give up on your dreams and don’t let anyone tell you you can’t.