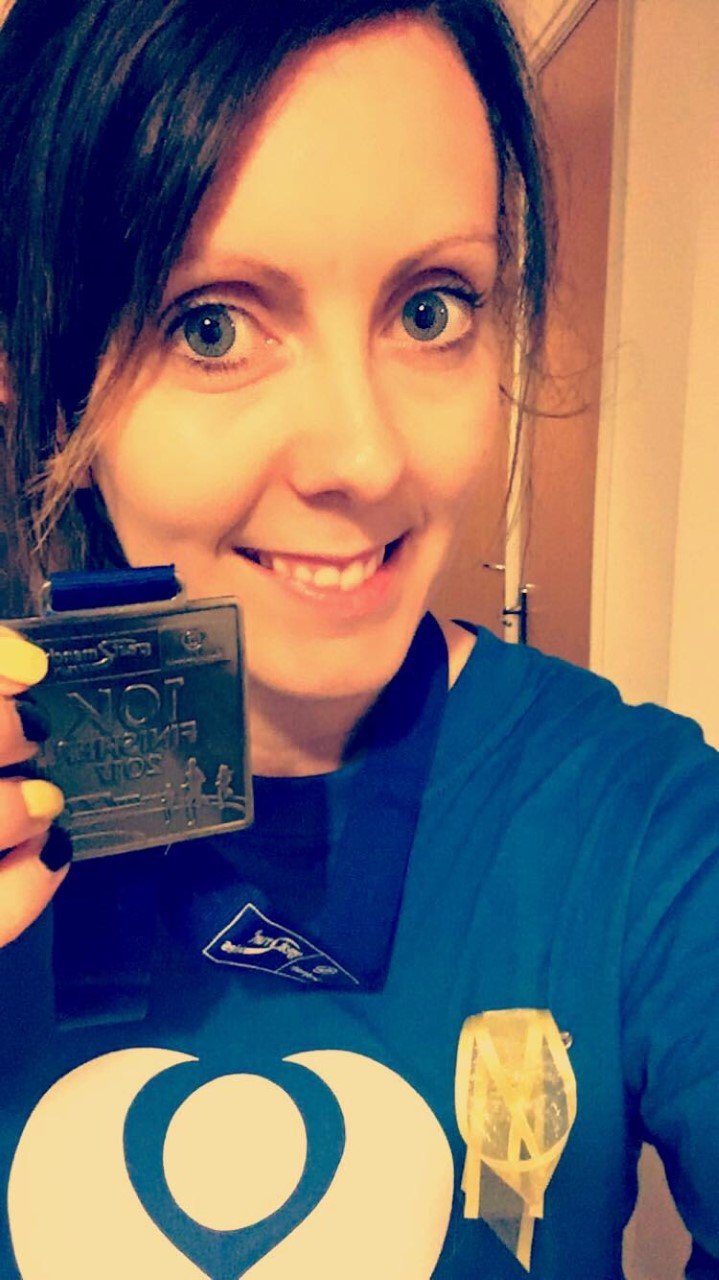 I had an absolutely AMAZING day yesterday and just felt like I had to share it on my blog. Yesterday I took part in the Great Manchester Run (10K). This was the first ever competitive timed race that I have ever taken part in. I have done fun runs before but this year I decided that I wanted to push myself even further and get serious about my running.

When I signed up to the Great Manchester run back in January, I could only just about run 5K and I had no idea how big of an event it was! I was really nervous when I realised that it was a huge event, that it was televised on BBC1 and that there were even celebrities running!

After the horrific terror attack in Manchester last week, I wasn’t sure if the run would go ahead and if it did, I wasn’t sure at first if I should still run in the event. But do you know what? I am so glad that it went ahead and I’m glad I did the run.

I will admit that Monday’s events did make me anxious about taking part but I’m so honoured and proud to have been involved. The atmosphere and support from the crowd was just INCREDIBLE, it’s hard to put into words. 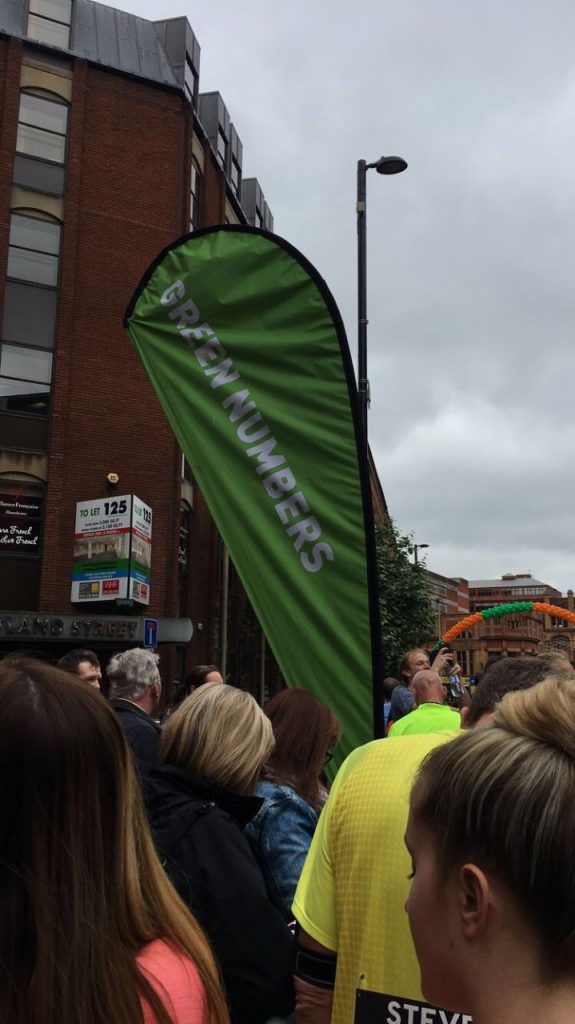 As I was in the “green” wave, my start time was quite late (14.40) and so we arrived around lunch time and watched a few of the other “waves” of runners set off. It was such an incredible and inspirational sight to see thousands of defiant runners raising money for great causes, in spite of the tragic events of last week.

Many of the runners (including myself) wore yellow ribbons to show support to those who lost their lives in the terror attack and there was a minutes silence before the start of each “wave.” It was a very emotional day. 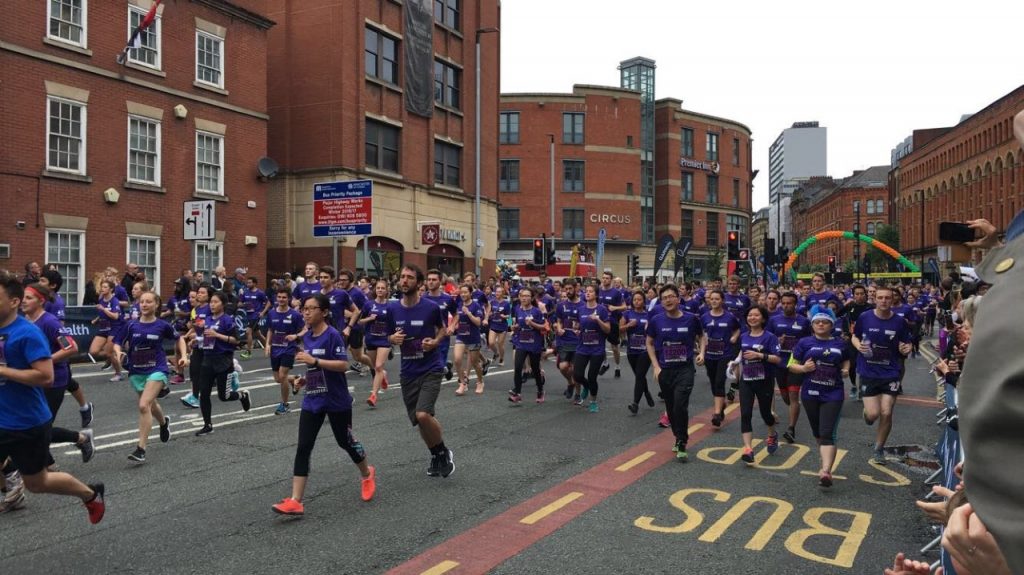 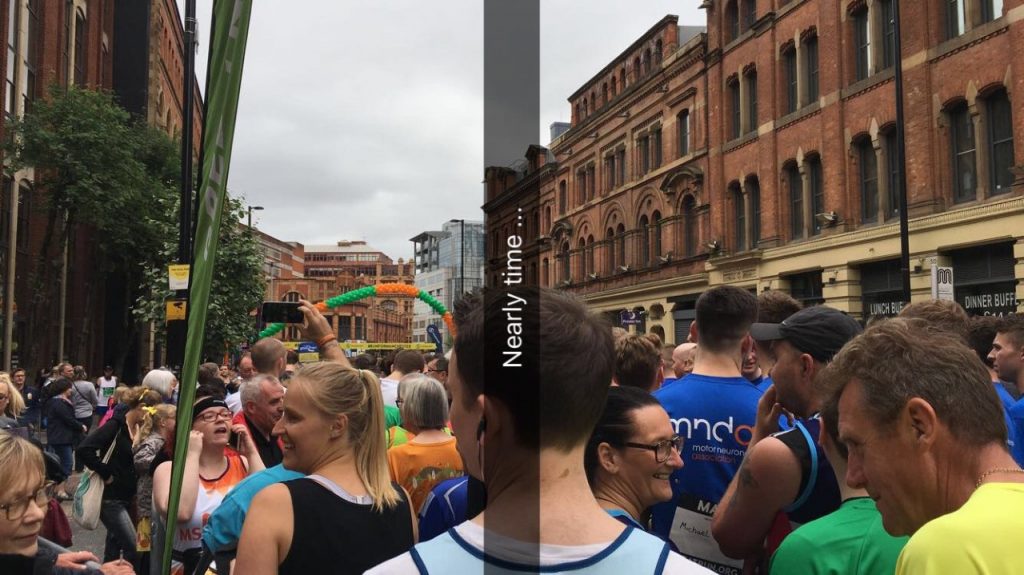 When it was my turn, I was incredibly nervous but determined to give it a go and do the city proud.

I have been training hard since January, attending Park Run most Saturday’s and doing several short runs a week. However, I still wasn’t sure if I’d be able to complete the 10K distance. I decided though to just go and show my support to the city, enjoy the atmosphere and not aim for a specific time.

Once I set off, I had no idea what pace I was running as I failed to start my run keeper app at the start, which made it difficult to know if I was running at my usual pace or quicker/slower.

I won’t lie, I did find the run incredibly difficult. I got stitch half way round but the cheering of the crowd, high fives and the support from the other runners kept me going.

When I got close to the finish line and could see the timer counting down for my wave, I was shocked to see that it said 59 minutes!

I have never completed 10K in less than 60 minutes, in fact the last 10K I did for Race for Life two years ago, took me 1 hour 17 minutes!

As soon as I saw the timer counting down, I sprinted hard towards the finish line to try and get below 60 minutes and I managed it – just. My final “official” time was 59:09. 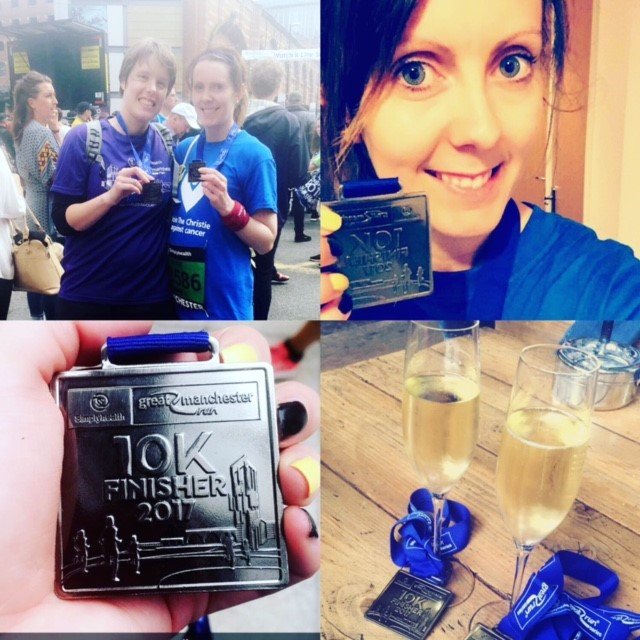 I’m super proud of myself and of all the other runners that took part in yesterday’s event. The atmosphere is something I will never forget and I hope to take part again next year 🙂 Plus, I managed to raise over £250 for The Christie – wahey!

I love you, Manchester <3 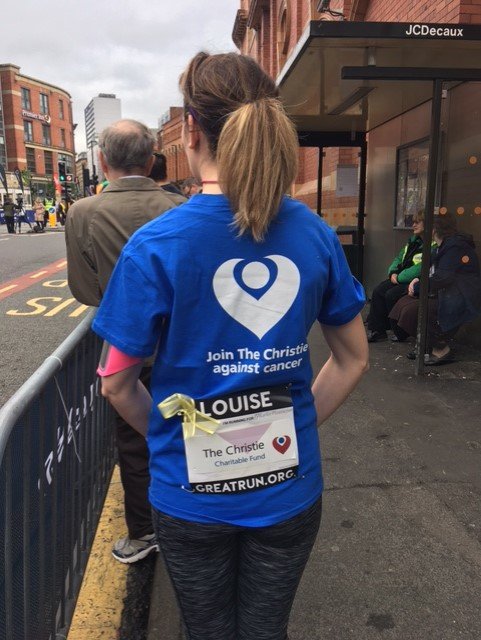