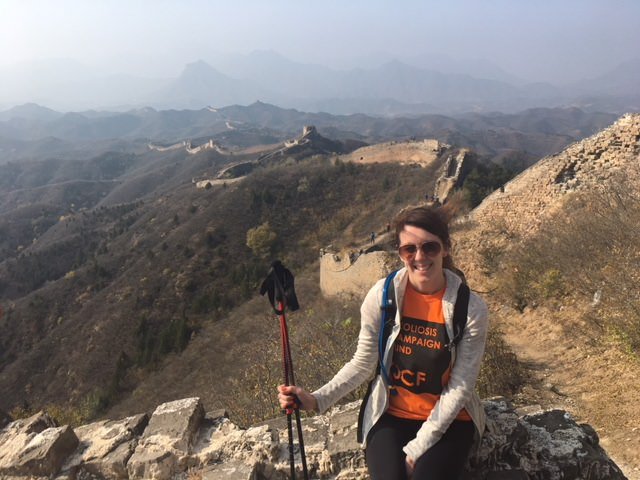 After a good nights sleep we all awoke – stiff and in pain from all the steep steps of day 1 – and hobbled down to breakfast.

Today we were walking to the start point on the Gubeikou wall and so no need to get the coach, although the coach would be waiting at the end of the walk, so after breakfast we had to pack all our stuff and put it on the coach ready.

We also made our packed lunch again (same yellow bread as day 1) and filled up our water bottles ready for the trek ahead.

When we were all ready, at around 8.30 am we started walking through the pretty little village of Gubeikou to the start point of the trek.

It was a steep and challenging ascent up to the top of the wall(especially with sore calves from day 1) but the views were amazing on the way up.

The Gubeikou section of the wall was completely different from the Jinshanling section on day 1. It was not restored/well preserved. It was rugged and crumbly with uneven terrain which was difficult to walk on in parts, there were also some really narrow sections with huge drops either side, which was quite scary for some people in our group. 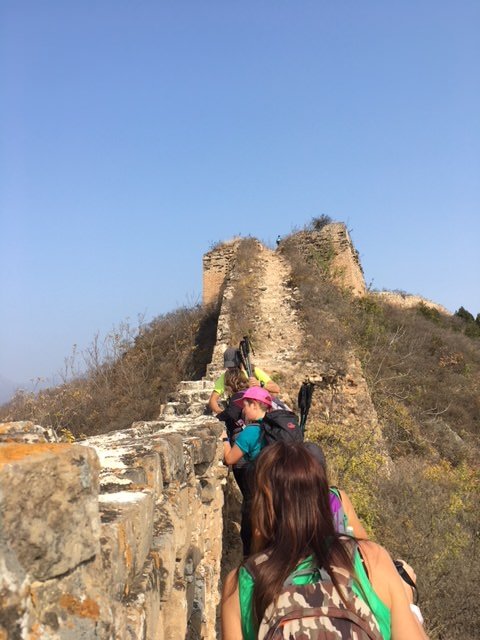 After walking for a while we had a break which was a chance for a quick rest and to take in those amazing views. We were lucky again with the weather today, around 16 degrees and pure blue skies which meant the views were stunning. After the break and a quick snack, there was a very steep climb up to one of the towers in the distance. This bit was very challenging as the terrain was uneven and there were some bits where we had to scramble up and over rocks.

After the steep climb we stopped for lunch and the views again were breathtaking.

Then came the descent back down, which I actually found harder than going up as it was a challenge not to slip as the path was steep and quite sandy and slippy in places. In fact, I had my first slip on the way down the Gubeikou section. Luckily I was ok but I bruised my leg and knee quite a bit.

After a long and challenging day, we headed back to the coach and the drive to the next place we were staying. It was actually a hotel tonight (Shuangyang Hotel) rather than a lodge and we were in more of a built up area rather than the middle of nowhere like the last two nights.

On first glance the hotel looked nice and quite fancy compared to where we had been staying the previous two nights. However the downside was that there was no heating because the certain parts of the city of Beijing are not allowed to switch heating on until the 11th November! So it was verrry cold.

Tonight, we had a few hours to spare before the evening meal so we showered and changed and decided to head out into the area we were staying and explore.

We had time to visit a couple of supermarkets and that was an experience as everyone was staring at us!

I fancied some crisps but it appears they only have strange flavoured crisps in China..I settled for some cucumber crisps as I was intrigued, but they weren’t great in all honesty..

We then headed back to the hotel for food and it was another nice Chinese meal. 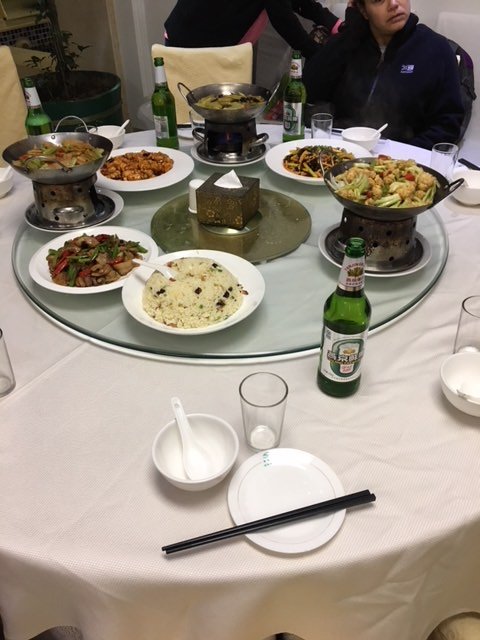 There was no bar (Chinese hotels don’t tend to have bars which I found very odd) so we sat in the lobby and chatted for a bit before heading to bed, it was very cold though so we didn’t stay up too late tonight.

We then headed back to our rooms and packed our bags ready for day 3 and the move to the next hotel.