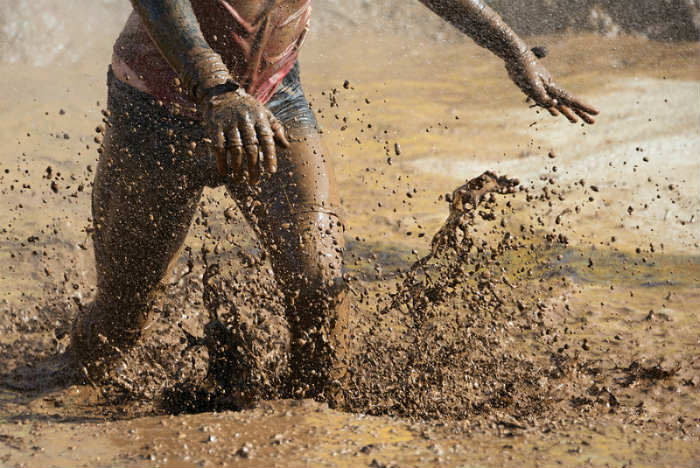 I’m always looking for ways to challenge myself following my scoliosis surgery, and this weekend was no exception.

Yesterday, I completed my first Tough Mudder – a 10 mile mud run with 20 obstacles that you have to see to believe! The obstacles are extreme and include electrocution, being plunged into ice-cold water, swimming/wading through freezing cold lakes, crawling through the mud under barbed wire, climbing (or being pulled!) over huge 12 foot walls – the list goes on!

With having scoliosis and a fused spine, this event was a huge challenge for me – but I don’t do things by halves.

In the lead up to the event, I felt really nervous. I wasn’t too concerned about the running side of it, as I knew that it would be very stop start with the amount of obstacles and also quite difficult to run some parts due to all the mud!

I was more concerned about the obstacles themselves and whether I could do them, as I have a distinct lack of upper body strength.  I have done Pretty Muddy before but that is much tamer in comparison and doesn’t really require any upper body strength. I was also worried about how my back would cope with all the bending, twisting, crawling and clambering! Also, I was worried about getting badly injured – falling off something and breaking my leg for example…

I do quite a lot of running anyway, I usually do Park Run on a Saturday and I run with my run club every week but I didn’t really do any specific training for this event. I was a bit concerned about this, as I had planned to follow a training plan and work on my upper body strength leading up to the event, but this fell by the wayside after I was in quite a bad (non-running related) accident a few months ago, which put my training on hold. I decided to go ahead and attempt the event despite this and I’m so glad I did.

It was tough, and very challenging. Some of the obstacles were fun, some were terrifying and some were definitely outside of my comfort zone. But sometimes you have to push yourself to grow and I’d rather look back and say – I can’t believe I did that, than I wish I did that.

With having had scoliosis surgery, there were a few obstacles that I couldn’t do. For example, there were a couple of electrocution ones that said not to attempt if you have excess metal in your body – so unfortunately they were a no, no for me! To be honest, I was a bit gutted as I wanted to attempt all of the obstacles – I don’t like being told I can’t do things…

There was also one bit where you had to give people piggy backs, and I just do not have the strength in my back at the moment, so I received a piggy back rather than giving one!

All of the obstacles requiring upper body strength, to be honest I struggled with and had to be pulled up by others. But after completing the event, that’s what I’ve realised. Tough Mudder is about teamwork more than anything and most of the obstacles you cannot complete without the help of others – either your own teammates or complete strangers. This is the case whether you have scoliosis (or any condition) or not. The atmosphere is fantastic – everyone works together to get your across/over the obstacles, which is amazing.

I’m glad I gave Tough Mudder a go and it is definitely one of my highlights of this year so far. It has made me more determined to work on my upper body strength at the gym and try again next year. What’s amazing is that my back coped fine and did not hurt at all, all the way through. My legs felt heavy and tired after about 8/9 miles but my back was completely fine.

Even today (the day after the event), yes I’m sore, in pain and I’m covered in cuts and bruises, but the pain is muscle pain and no different to what anyone else who completed Tough Mudder will be feeling today.

There’s no reason why having scoliosis should stop me from doing ANY of the obstacles (apart from the electro ones). A lot of it is mind over matter and yes, upper body strength definitely helps!

Next year I want to get stronger, go back fighting, try the ones I struggled with again and smash them! 😀

Have you ever taken part in an event like this? Would you ever? Let me know in the comments below! 🙂

Pin it for later! 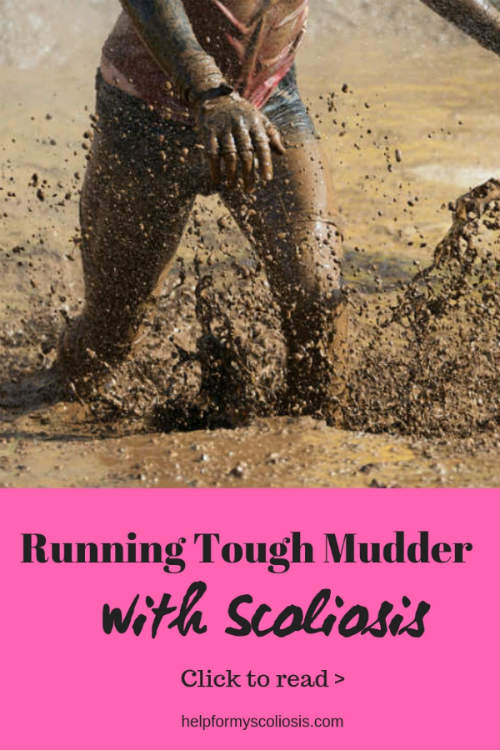