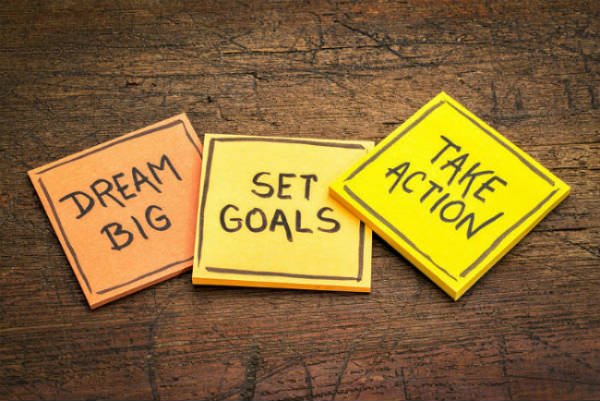 So it’s July already, which means that half the year has gone… nooooo!

It always makes me panic how fast time goes, and the fact that it is now July has got me thinking about my goals I set back in January and where I’m up to with them.

I thought I’d write a quick post to sum up what I’ve achieved in the last 6 months, and what I’d like to achieve in the next 6 months. (It’s more to cheer myself up about what I have achieved and give myself some direction for the next 6 months, rather than to brag about everything I’ve done!) I generally like to have some goals to work towards, I find I work better that way and feel more motivated.

Complete a half marathon  – DONE woohooo! I completed the Great Manchester Run Half Marathon in May, in 2hr 8mins and it was one of the proudest moments of my life. I have also booked another Half Marathon for October… whoops!

So I’m over half way with this one, on target! Unfortunately, I have had to pull out of a couple of other 10k races I had planned for June (Colshaw Hall 10K) and July (Tatton Park 10K again) because of a leg injury. This injury is completely unrelated to running but was caused by a freak accident I was in a few weeks ago. It’s annoying because it has set me back but I will not let this stop me believe you me!

Hmmm, this one is ongoing! The leg injury mentioned above has set me back which I’m annoyed at, but I plan on following a training plan for my next half marathon and trying to get quicker by mixing in intervals and hill repeats etc.

Join a running club – DONE! I’m so proud of myself for this. I joined a running club in January and it’s one of the best things I’ve done this year. Check out my blog post on Running and Mental Health to find out how much this has really helped me.

Complete  a Tough Mudder – This is booked for September… ha. We will see how I get on with this, but the next few months will see my training switching over to strength so that I have half a chance of completing this!!

Go to as many park runs as I can, including trying some different ones, with the aim of reaching 50 park runs – Well, I started the year of well but recently have been slacking on the Park Run front due to my injury. So far I have been to three different Park Runs (poor show) but I have completed 24 so almost half way to my target..!

Focus on increasing my strength – more body pump / strength work at the gym – In progress, this will become more of a focus now my half marathon has been completed. As I now need to focus on training for Tough Mudder.

Start Pilates classes – finally – I have been to a few Pilates and Yoga classes this year so far but haven’t been going as regularly as I’d like.

I have also climbed several mountains this year so far, including Hellvelyn in the Lake District and Glyder Fach and Tryfan in Wales.

I would love to do another massive personal challenge like Machu Picchu – watch this space!! Still planning something like this, although may be next year due to £££.

Take at least a month off for travelling – yeah, not quite sure if this will happen yet but if it does it’s likely to be towards the end of the year / early next year.

I have been to Paris and Holland twice so far this year and I am planning a trip to Barcelona later in July.

Get a tattoo – something related to scoliosis and my China Challenge would be good as a reminder of what I achieved.  Still needs to be done 🙂 But I have not forgotten…

I’d like to add another personal goal relating to growing and developing this blog further. I have lots of plans and ideas but it’s time to put these into action.

I’d like to add here that I feel like I personally have grown and changed a lot over the last 6 months. I had a tough time at the end of last year, as my long term relationship of 13 years ended.

In the past 6 months, I have moved forward physically and emotionally. I have now got my own place and am doing more fun things with my friends than I used to. I’m also now more comfortable doing things on my own, for example cooking a meal for myself, shopping for food, sorting out my car MOT or just being on my own in my flat. These things may not sound like much but for me, they are huge steps forward and I feel like I am now more comfortable with myself and more confident than I have ever been before.

So there we have it, half way through 2018. I am proud of what I have achieved so far this year and I’m excited for what’s to come in the next 6 months.