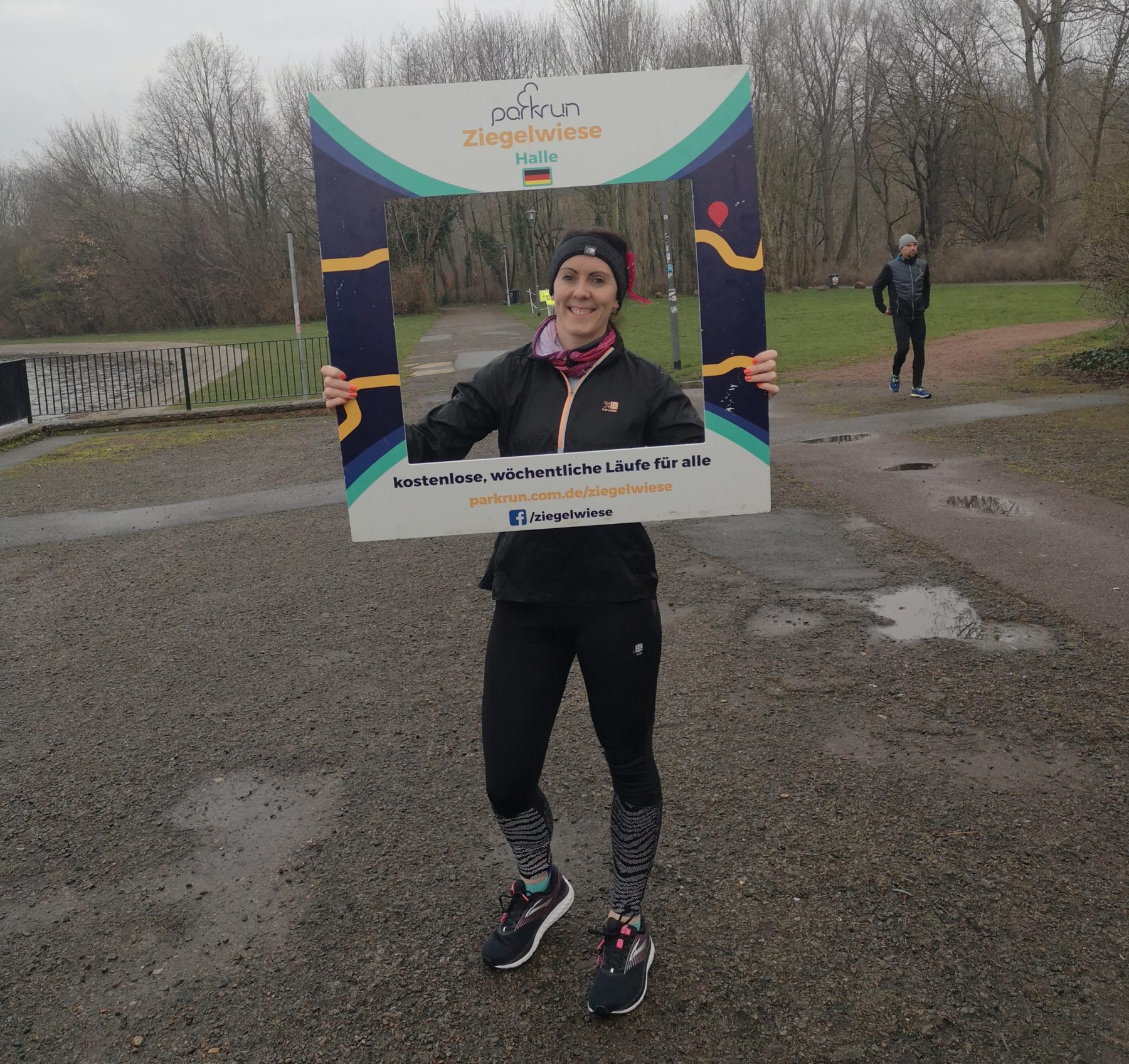 So last year, I started getting involved in the Parkrun Alphabet Challenge, with the aim of completing a different Parkrun for every letter of the alphabet.

This year, the alphabet challenge has taken a bit of a back seat, due to marathon training. However so far this year, I have still managed to fit in Nobles Parkrun (Isle of Mann) in January and, most recently, Ziegelwiese Parkrun in Germany.

I have now completed 68 Parkruns in 21 locations, including 15 different letters so far. I’ve done two Parkruns abroad now, and hope to do many more as I love combining Parkrun and travel.

Following our Jersey Parkrun adventure last year, we decided on Ziegelwiese Parkrun so that we could get our “Z” in the Alphabet Challenge. This also co-incided with my birthday, which made it a double celebration!

Although it was a long way to go, we made it there and back in one piece (despite the Corona Virus!)

We left for Manchester airport on Friday mid-morning, as we had a mid-afternoon flight to Berlin. The flight to Berlin was around 2 hours but the Parkrun was in a city just outside of Berlin called Halle.

To get to Halle, we had to get a train from Berlin airport, which took around two hours (and cost us around 70 euro return, although I think if we’d booked in advance it would have been cheaper).

When we arrived in Halle it was fairly late, so we all went for a curry and then had an early night ready for Parkrun in the morning.

On the Saturday morning (and my birthday!) we had breakfast and then got a taxi over to the park, which was only about a 15 minute journey from where we were staying.

We were slightly early, so there weren’t many people there initially, apart from some locals enjoying Tai Chi in the park. Luckily, the start of the Parkrun was near to the park entrance, so we soon spotted the Parkrun signs and the Run Director and wandered over to say hello.

People gradually started arriving and everyone (like always at Parkrun!) was really friendly. It was only a small Parkrun compared to my local one, with an average of 30 participants, which was a different experience but nice.

It was fun doing Parkrun on my birthday, especially doing one abroad! Overall, I really enjoyed the experience, the course was flat which makes a change, and it was a very pretty park. The weather on the day wasn’t great, it was freezing and raining, however I imagine on a summers day it would be even prettier!

The fact that there weren’t many people made it strange though, as for the majority of the route, I was running alone, which is completely different to my local Parkrun where hundreds of people attend.

When we finished, we had a few group photos with the volunteers (who were all lovely) and then got a taxi back to our hotel to get showered and changed.

After we had showered/changed we checked out of our hotel and headed back to Berlin, where we were staying for one night, before flying back on the Sunday.

We managed to get a bit of sight seeing in by checking out the Berlin Wall, Checkpoint Charlie and Brandenburg Gate, before heading out for a birthday meal and drinks on the Saturday evening.

All in all, it was a fantastic trip and if you are into running, I highly recommend combining Parkrun with a bit of tourism and travel thrown in. It’s a great way to see new places, while also keeping fit meeting new people.

I’m planning on many more Parkrun Alphabet Challenge tourism trips (both abroad and in the UK). If you would like to keep updated on my antics, then be sure to follow me over on Instagram.