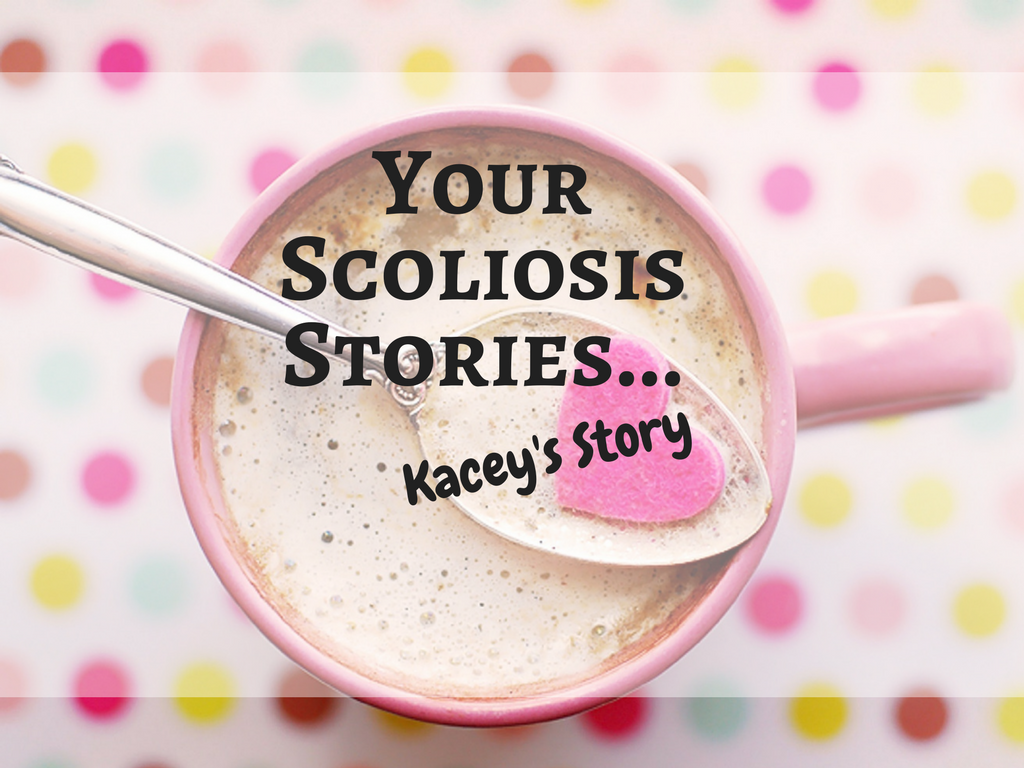 As June is scoliosis awareness month, I thought I’d kick off a feature I’ve been meaning to do for a while: Your Scoliosis Stories!

This is a feature where I invite you, my readers, to share your own scoliosis stories so that we can all help and inspire each other.

Below is the first story in this series, featuring Kacey and her very recent brave experiences with scoliosis surgery.

I found out I had scoliosis when I was 13 years old.

I’ve sat through numerous x-rays, struggled through many physical therapy classes, and of course dealt with having terrible self confidence.

Only 3 weeks post-op, I have never felt better about myself.

When I started going to the doctor at only 13 years old, my curve was around 30 degrees. I was almost done growing so it wasn’t something that a brace could fix. At that point I was told that it should stop progressing and that it will be something that I was just going to have to live with.

Little did I know that throughout these last 5 years that it had progressed by 15 degrees.

Going into surgery on May 9th 2017 with a 45 degree curve…I was TERRIFIED.

To my surprise, it wasn’t as bad as I thought it was going to be.

It was definitely scary but the 5 days I spent in the hospital flew by and I was home before I knew it. After that, everyday got so much easier.

I grew 2 inches and I have the best battle scar from my scoliosis journey!

Thank you Kacey for sharing your brave and inspiring scoliosis story. What an amazing scar and tattoo also 🙂

I’m hoping to make this a regular thing and would love to feature more of your stories on my blog.