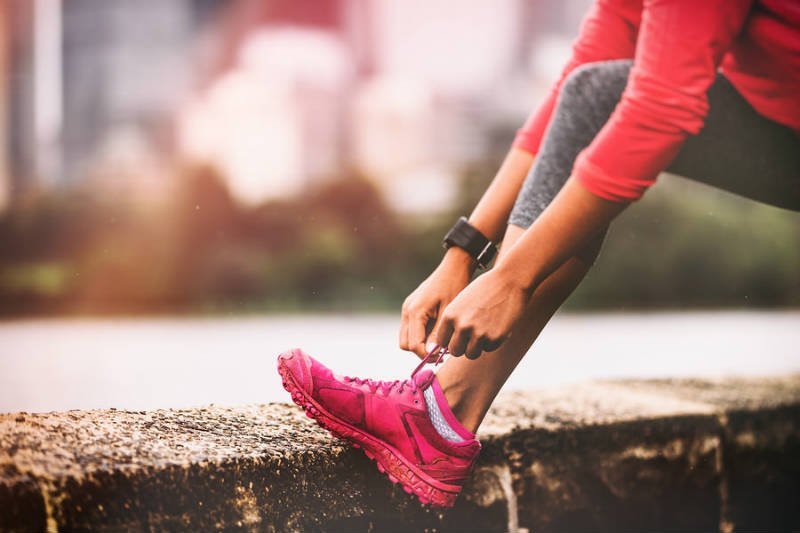 It’s Mental Health Awareness week 14th – 20th May 2018, so to raise awareness I thought I’d write a post on the effect running has had on my own mental health. It’s well documented that running can be good for mental health, and everyone has reasons why they run.

For some it’s to lose weight, keep fit or socialise. For others, it’s escapism from a stressful job or the strains of everyday life. Personally, I run for a mix of reasons, yes I do it to keep fit but also because I enjoy it, running makes me happy and when I’m running I forget about everything else.

How I discovered running…

I have suffered with anxiety, depression and low self esteem over the years, as a direct result of having scoliosis. I first discovered running about 3 years ago, 5 years after my scoliosis surgery, which I had to fuse my spine straighter in 2010.

My friend was taking part in a Race for Life 10k event and asked me to join her. At the time, I was a bit dubious as I had never done any running before and the event was only 5 weeks away. However, me being me, I agreed to take part to support her and started training.

In the past, I had always avoided running. With having scoliosis, I knew that it probably wasn’t the best for me due the impact on the joints and spine. I didn’t want to let my back stop me though! After training for just 5 weeks, I completed my first ever 10k in 1 hour 17 minutes, which I was incredibly proud of at the time.

After this, I was addicted. I guess I couldn’t believe what my body had achieved, despite my scoliosis.

Since then, I have completed many 10k races in under an hour and I have a wall full of medals. I regularly take part in Park Run, I’m a member of a running club and I’m training for a half marathon in May.

Running has helped me to overcome so many obstacles and has gotten me through some incredibly tough times.

How running saved me…

Last year, I had a particularly tough time following the break down of my 13 year relationship. At the time, I was feeling so alone and pretty depressed. I hit rock bottom, started binge drinking and I was hardly eating. I would say that running helped to save me from a downward spiral and possible break down.

Luckily, in December, I started pulling myself together and signed up to Run up to Christmas, which I spotted by chance on Instagram. This is a virtual running event where you had to run a certain amount of kms between 1st – 25th December. I chose 50km. The cost of entering went towards supporting Mind, the charity for mental health, and you got a cool medal if you completed it.

For me, this was brilliant as it kept me distracted during a difficult festive period and forced me out in the cold and snow. I suddenly had something to aim for again. There was also an online community, which made me feel less alone and I started connecting and chatting with others taking part. It also motivated me to attend my local Park Run on Christmas Day to get those final kms in,  instead of moping around feeling depressed.

In January this year, I also forced myself to join a run club and have met lots of other like-minded people.

I was terrified the first time I went, but it has helped my well-being immensely. I now feel part of a community and less alone. When I attend races and Park Run I actually recognise people and people say hi to me, rather than just going and running on my own like I used to. This has all worked wonders for my mental health and I’m in a much better place than I was last year as a result.

I now run about four times a week, a couple of times a week with the run club. Running gives me something to focus on and seeing myself improve over time makes me feel so good about myself. It also reminds me that I am capable of so much more than I ever thought possible, despite my scoliosis and anything going on in my personal life.

If I’m feeling anxious, low or having a bad day, I’ll go for a run. It’s my way of managing stress and anxiety and it works for me. After going out for a run or completing a race, I feel on a high all day and those endorphins are highly addictive.

To raise awareness of mental health and to give myself something to aim for in May, I have signed up to Miles for Mind. This is another virtual running event and I’ll be aiming to run at least 75 miles throughout May. With 50% of profits going to Mind, who provide advice and support to those with mental health problems, it’s definitely a worthy cause. 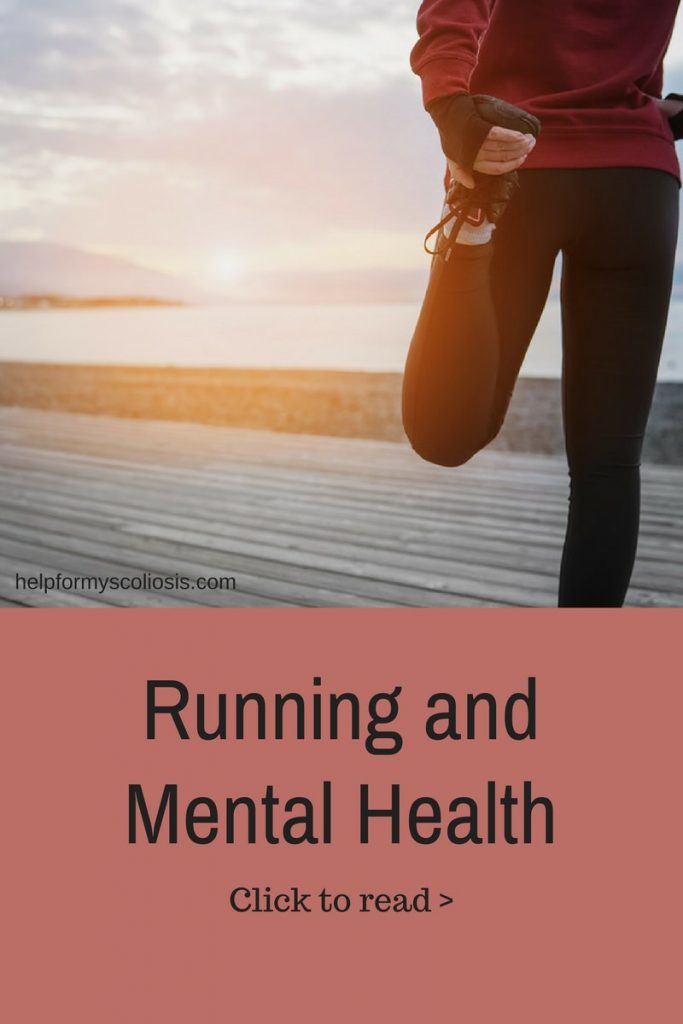 2 thoughts on “Running and Mental Health”