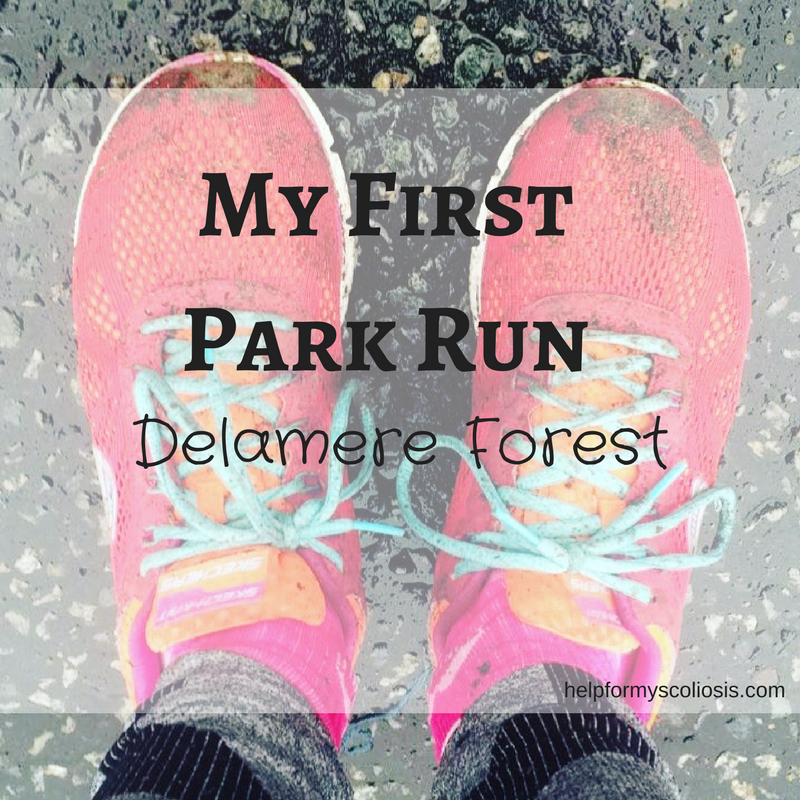 I’ve been meaning to go to a Park Run for the last 6 months (since I registered last year). I’ve been putting it off though, mainly because I was worried that I wouldn’t be able to run the full 5K without stopping.

I got into running about two years ago now, when a friend invited me to run a 10K Race for Life for Cancer Research. That was my first ever organised race and I had about 5 weeks to train (from never having done any running in my life)!! I managed to do it in about 1 hour 17 minutes though and was pretty chuffed with myself.

After this, I got the running bug and continued to run in my spare time and at the gym. Unfortunately though, I injured my shoulder shortly after this and had to take a break from running for a while. I attended physio and was told my injury was due to my scoliosis. As scoliosis is a side-ways curvature of the spine, and mine is pretty severe, one side of my back has muscles that are more developed than the other side. The more developed side has to over-compensate for the weaker side, which means I am more vulnerable to pain and injuries.

Due to the pain, I decided to stop running for a while and focused on getting my back and shoulders stronger. I started going to Body Pump classes to improve my strength and spin classes to improve my fitness while I wasn’t running. I got a bit impatient though and signed up to a 5K mud run last year. I found the running part very tough though and had to stop a few times on the way round.

This year, after 6 months of body pump classes, I felt like my back was finally ready to cope with running again. So as part of my New Year Resolutions, I decided to try and get back into running. Earlier this month, I signed up to a couple of 10K races later in the year for motivation and vowed to finally make it to a Park Run. 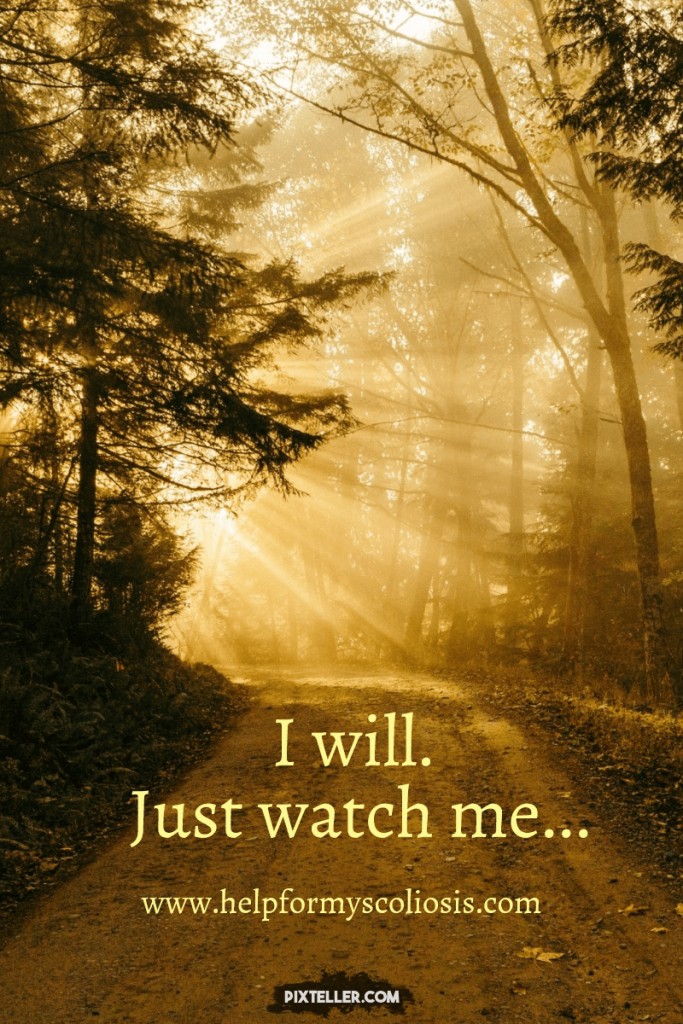 The moment of truth…

The day I chose (Saturday 28th January) wasn’t exactly the best weather wise. It was freezing and chucking it down with rain. Nevertheless, I dragged myself and my boyfriend out of bed at 7am, determined to do it.

When we arrived at Delamere, I was a bit nervous. I didn’t know what to expect or whether I’d be able to make it round without stopping. I’ve ran/jogged 5K on the treadmill a few times recently but there’s a difference from being on a treadmill to being outside in the freezing cold rain and mud.

I needn’t have worried though.

As soon as we arrived I was put at ease. As we all gathered by the start line, one of the friendly volunteers asked if there was anyone there who hadn’t done it before and explained everything to us. We basically just had to run/jog/walk round and at the end they scanned our bar code and gave us our time. It wasn’t a race and there were people there of all abilities and ages (even dogs!)

I was totally unorganised in the excitement of it all and forgot to turn my RunKeeper app on until about 0.5Km of the way round. I also couldn’t get my headphones on quick enough as the run started, so I had to run with no music, which I’m not used to!

In the end though, I thoroughly enjoyed it. The weather was bad which made the track very wet and slippy but despite this, I managed to RUN THE WHOLE 5K WITHOUT STOPPING!!

Not only that, my time was pretty good (for me!) at 33 minutes. This to me is a HUGE achievement and I cannot tell you how proud I am of myself for doing it and finishing at this time. To be honest, I didn’t care about the time I just wanted to get round without stopping.

There were 280 runners and I wasn’t last! Woohoo!

I have ran 5K before but a year ago it would take me around 40 minutes, so I have really improved. Plus, I think if the weather and conditions were better I may have been able to get round even quicker. We also started at the back (as we didn’t know what to expect) which made it harder to get past people at the start.

I really think the Body Pump and spin classes have improved my fitness and running capabilities. This was the first run in a long time where it actually felt comfortable, easy-ish and I actually enjoyed myself. I love the endorphins I get after a good run and felt on a high for a good few hours after I finished. I think it was endorphins that kept me going in the end.

Delamere is a lovely venue for Park Run and I really enjoyed the scenery of the forest and lake (even if it was ridiculously muddy!) There were also a few hills thrown in! The volunteers and other runners were all really friendly too and it’s like a lovely community. I especially loved how some runners who had finished quickly stayed and cheered the rest of us on.

I NEVER EVER thought that I’d be able to run 5K after I had my scoliosis surgery 6 years ago. However, I have continued to train and push myself and continue to improve as the years go on. It’s an amazing feeling!

I would highly recommend Park Run to anyone. It’s free and really well organised with loads of friendly people. I am definitely planning on going regularly so that I can keep on improving! I’ll also try and take more pictures next time. 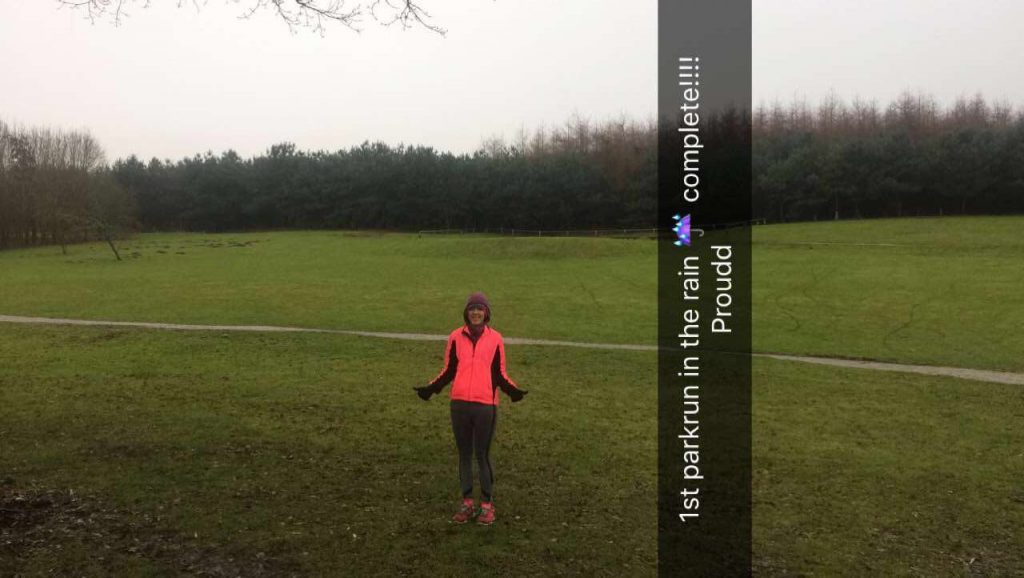